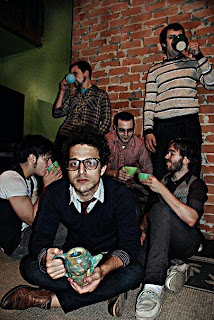 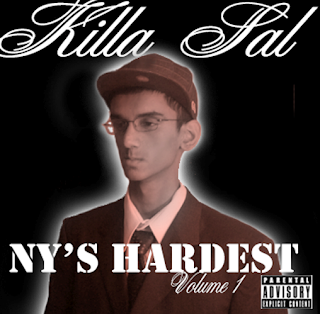 Oh baby. The mash-up is finally complete.
But before you listen to the masterpiece (a shoe-in for the grammys this year), check out each artist.

MyNameIsJohnMichael is a New Orleans-based indie pop supergroup that is taking the world on, one heart at a time. They just released their first full-length album consisting of the (voted) top 13 songs out of the 52 John Michael wrote in 2008 (yes, that's a song a week). Check em out and check em out quick before they're too big for you to think it's cool.

Next we have Killa $al. We don't know much about Mr. $al except that he is apparently NY's Hardest. We're not even quite sure exactly in what aspect he is more stiff than everyone else in the Big Apple. But one thing's for certain: His macbook microphone tone is to die for and his sick flows are untouched by most rappers alive (and dead). Killa was even quoted in a song of his as saying, "Killa $al's the best rapper alive. PERIOD". Also, I learned you can't be his friend on Myspace without knowing his last name or his email. I tried entering "$al" as last name, but no go. He remains a mystery, and this unapproved use of his song just might be as illegal as his stolen beats.

THE AUDIO POST IS ON OUR TUMBLR SITE!
Posted by Chris at 5:18 PM